Tugo Cheng Use Drone Based Aerial Photography in “City Patterns”

Tugo Cheng Use Drone Based Aerial Photography in “City Patterns”

In the photography series “City Patterns” he captures the city from above, replacing signature shots of skyscrapers with the lines and patterns of his eye-catching aerial images.
“People from overseas think Hong Kong is about high density and high-rise buildings,” Cheng said. “But I wanted to reveal the hidden geometries in the city.”
…
When Cheng started experimenting with aerial photography in 2014, he would mount a GoPro on a drone and snap pictures every five seconds. Now, advances in technology mean that he can choose when to shoot in real time, letting him experiment with light and composition.

“When you’re taking normal photographs, you’re (capturing) the side elevations of buildings and objects,” Cheng explained. “But when you’re looking down vertically onto a building, you’re taking a planner’s view. So the direction of light and shadows is really important because it gives a three-dimensional feel.” 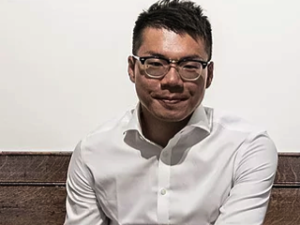 Tugo Cheng is a Hong Kong based fine art photographer and professional architect. Influenced by his architectural background, he pays special attention to the order and rhythm in landscape and the visual impact of photography. With intent to raise awareness for conservation, he has focused on the unique yet volatile landscapes of China in the past decade, and published the book “Discovering China” which covers some of his award-winning works. Capturing the abstract and poetic compositions in South China coast, his seascape series “Coastal Geometries” received enormous recognition worldwide and earned him the title International Discovery of the Year 2016. Exploring life and cityscape of hong Kong from new perspective, he published and exhibited his aerial series “City Patterns” in the same year and was featured extensively by media such as National Geographic Magazine, Wall Street International and South China Morning Post. His works were showcased in art fairs and exhibitions in Hong Kong and Europe. To help children in poverty in China, he dedicated selected pictures for charity auctions. He received his education in Hong Kong, Beijing and Cambridge.