The New DJI Mavic Air, Is It Right For You?

The New DJI Mavic Air, Is It Right For You? 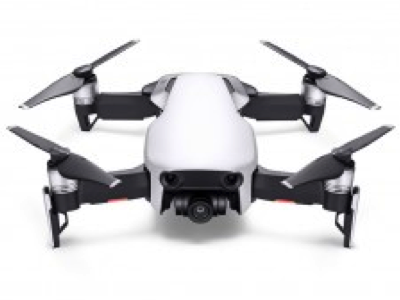 DJI has been leading the pack in consumer drone development for a while now, that’s we use some of their higher end equipment at VertWorx and exclusively use their equipment at Drone Universities. Their latest product innovation doesn’t disappoint; I’m talking about the new DJI Mavic Air, and as a DJI Spark owner, I’m already considering the upgrade. Why? Let’s dig into so you can learn if the DJI Mavic Air is a worthwhile upgrade for you.

CNET recently did a break down and comparison of the DJI Mavic Air, Mavic Pro and Spark. Here they focus in on the Mavic Air.

At this point, DJI is only trying to outdo itself.

The leader in camera drones announced the Mavic Air on Jan. 23, a $799 foldable quadcopter with a 4K-resolution camera that slots nicely into its lineup between the $399 entry-level Spark and $999 Mavic Pro (see table below for UK and Australian prices). The Air is sort of a mashup of the Spark and Pro, but also has new features that you won’t find on these older models.

That doesn’t necessarily mean it’s the best option for you, however. Regardless of price, not everyone interested in getting a drone is going to need the Air’s feature set. Likewise, you might want more than the Air offers.

DJI Mavic Air vs. Mavic Pro vs. Spark: Which is right for you?

The Air is larger than the Spark, but it still folds up small enough to fit in a jacket pocket. Actually, because of the folding design, it’s even easier to travel with than the Spark. That goes for the included remote, too, which folds up small and has removable sticks that store in the controller.

Like the Spark, you can control the Air with hand gestures, an iOS or Android device or a controller. But everything from the camera and gimbal to its flight range and battery life is improved. It’s better at avoiding obstacles, too, with sensors in front, back and on the bottom that it uses to not only sense obstacles in its path but also fly up and over them.

While it can fly farther and faster than the Spark, its battery life is only slightly better at up to 21 minutes (though based on my early tests, you’re looking at more like 18 minutes). Also, while the Spark can be quickly launched and landed and controlled with hand gestures without connecting to a mobile device, the Air needs to be first connected to a phone or tablet to use gesture controls.

DJI Mavic Air vs. Mavic Pro vs. Spark: Which is right for you?

What it’s like getting this thing of the ground? While I haven’t flown one yet, we do have some great insight from the TechCrunch team.

Every inch of the Mavic Air is a testament to thoughtful engineering. Before handing off a review unit, a DJI rep takes us through the process of getting up and running. He flips open the smartphone docking arms from the bottom of the remote, revealing two hidden replacement joysticks nestled inside.

Getting the Air up and running feels a little like solving a 3D puzzle. The drone maker has crammed so much into so little space here, it’s a constant process of flipping, twisting, removing and inserting to get the thing operational. It’s all a very clever feat of industrial design and engineering, but none of it is particularly intuitive.

Gesture control is one of the most compelling features in the company’s Mavic/Spark line. DJI wowed the crowd when it showed them off in person at their latest event. Honestly, who wouldn’t want to control a drone with the flick of a wrist like some kind of nerdy Jedi Knight?

But like setting the drone up, it’s not particularly intuitive at first go, and you’ve got to get things just right for the Air to register you and flash its lights accordingly. I’m told this may have been the fault of the indoor lighting and the fact that there were multiple folks standing around, confusing the system’s facial recognition in the process.

Once everything is locked in, the effect is cool, and the system does seem to be more responsive than its predecessors. Even so, it’s best to take things nice and slow at first, because it’s tough to know just how the system will respond until you really get a hold on things.

The most obvious sensors on DJI’s new drone are the seven cameras. The main camera’s primary function is to create 12-megapixel still images and 4K video, but it’s also tied in with the rest for navigation purposes. The other six cameras are arranged in pairs on the front, back, and bottom of the drone. The space between them creates two slightly different perspectives on basically the same field of view, which allows the system to calculate depth. The two-camera setup is a common method for capturing 3D video. The previous version didn’t have rear-facing cameras, which means the Air has considerably more coverage of its 360-degree surroundings.

In addition to the traditional cameras, the Mavic Air has a pair of infrared sensors that face the ground to help create a 3D map of the environment below. This comes in handy when typical cameras struggle, like when there isn’t enough visual contrast for it to make sense of what it sees. So, if the drone is flying over a field of visually identical and ever-shifting grass, the regular camera won’t be able to find many usable landmarks with which to navigate.

Lastly, of course, it has built-in GPS for when you’re flying it outside and you can get a reliable signal.

The sensors have built-in redundancy in case one system goes out. For example, the downward facing cameras can help orient the drone even if the internal compass experiences interference.

As I mentioned, the DJI Mavic Air received algorithmic improvements, but thats the subject of another article.

Consumer drones like the DJI Mavic Air are great for amateur photography and video. When you need to take your content to the next level, then contact VertWorx. We leverage the very best of the DJI line, along with the latest technology from Alta Freefly Systems, Movi, and Red Cameras.