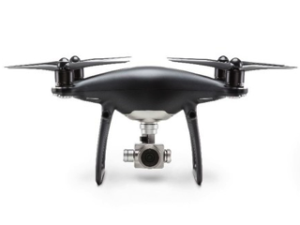 DJI announced today at the IFA trade show that it’s updating the Mavic Pro drone with a new version called the Platinum. The refreshed quadcopter addresses two of the only notable shortcomings with last year’s Mavic Pro: flight time and noise. The Mavic Pro Platinum now has a flight time of 30 minutes, and it’s also 60 percent quieter than its predecessor, according to DJI. You can pre-order it today for $1,099 and it will ship in September.

To pull this off in the same small, foldable form factor that the Mavic is known for, DJI used better electronic speed controllers and “freshly designed propellers,” the company says. Those new props can also be used on the current Mavic Pro.

DJI is also updating the more pro-focused Phantom 4 lineup today with a new version called the Phantom 4 Pro Obsidian. This is basically, and literally, a new coat of dark “obsidian” paint. But the camera gimbal is getting a small bump in build quality — it’s now made of magnesium, covered in anti-fingerprint coating, and electroplated