Are You In The Mood For 3-Minutes Of Amazing?

Are You In The Mood For 3-Minutes Of Amazing?

The following video is making its way around the Internet, but it’s definitely worth mentioning. What you’ll find below is a 3-minute trailer for the upcoming file “Awaken” by Tom Lowe. Tom Lowe is known for his time-lapse work, and he doesn’t disappoint below.

Want to see some jaw-dropping camera work? Check out this 3-minute trailer for the upcoming feature film Awaken, by renowned time-lapse photographer Tom Lowe. It’s a documentary that explores humanities relationship with both nature and technology.

Lowe shot the photos and footage over 5 years across 30 different countries. During that time, he flexed his creative muscles to pioneer “new time-lapse, time-dilation, underwater, and aerial cinematography techniques to give audiences new eyes with which to see our world.”

In other words, Lowe has broken new ground with his techniques, and at least one renowned photographer and filmmaker has been blown away by the work.

This Film Takes Timelapses and Camera Techniques to the Next Level

If you’d like to see more work by Tom Lowe, then checkout his Vimeo page; the 6K stuff is really amazing. 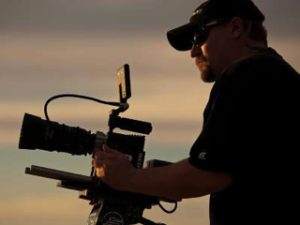 Tom Lowe is an acclaimed time-lapse shooter, cinematographer, photographer and director. He was named 2010 Astronomy Photographer of the Year. Tom is the founder of Timescapes.org, the largest timelapse community on the internet. He is currently traveling the American Southwest shooting his debut film, “TimeScapes.” In late 2010, Tom served as 2nd unit Director and Director of Photography for Godfrey Reggio’s new untitled feature film, and shot footage for director Terrence Malick’s latest feature film in Oklahoma.

Tom’s work has appeared in major international television commercials, and on various BBC, History Channel and Discovery Channel shows. He is a former writer, and a veteran of the US Army who served in the first Persian Gulf War.